If You Hate Running…

…Jen A. Miller’s Running: A love story: 10 years, 5 marathons and 1 life-changing sport  is for you. 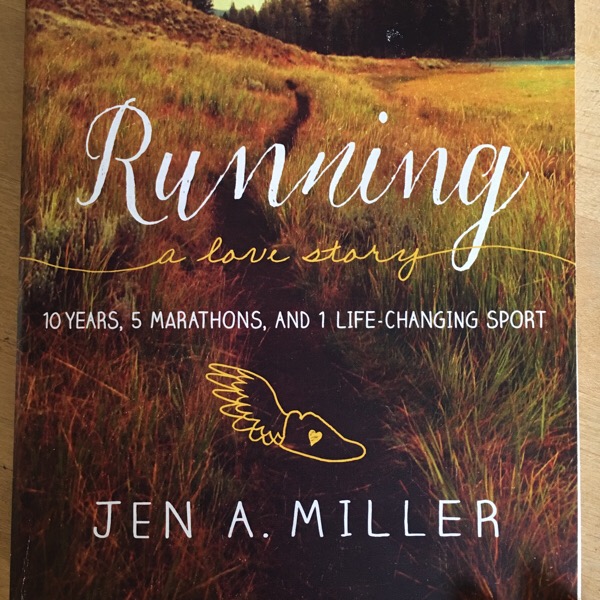 Fair warning: it’s the story of Jen’s transformation from someone who detested running to someone who loved it.

Jen’s first call to running adventure came from her father in humid New Jersey as “conditioning” for softball. She hated it. When she went to college, running became a periodic way to get efficient weight loss. After college, she ran her first 5K because she was going to be paid $750 to write an article about the experience of hating running and training for a 5K. She ran that 5K, even won something and got paid. But running stayed an infrequently used tool for staying thin.

Jen’s enemies took the form of a series of initially charming then increasingly harmful boyfriends who weakened her emotionally. She was too afraid of being alone, being unloved to leave them initially but she did turn to running to keep her sane. Her greatest ally was her Mom who always waited for her at the finish line of each race she attempted during this trying period of years.

When Jen left her last boyfriend in the book, Nick, she confronted her greatest fear of being alone and unloved. She entered a limbo state by moving in with her mother. She trained for a marathon while waiting for her tenant’s lease to expire so she could move into her own house. When her tenant’s moved out she refurbished the house from floors to paint turning it into a place she loved.

Jen’s resurrected her life by moving into her own home alone and by finishing a marathon the way she wanted to. Her reward for the decade-long ordeal was a greater willingness to be alone and a greater acceptance of herself.

Buy Me A Coffee

Donate $5 to buy me a coffee so I have the fuel to keep producing great content!